As its name suggests, Carriage Bolts inserts the square neck of the head into the groove of the connector, reduces the height of the protruding surface and tightens the screw from the opposite side. It is mostly used in places where the force is not large, so the material is relatively soft.
Carriage Bolts features a hemispherical head with a square neck under it. A section of square holes should also be made on the connecting parts connected with the bolts. When inserting the bolt into the connector and screwing the nut, the bolt will not rotate because of the square neck. Its head is smooth and it is not easy to hook other objects.

Carriage Bolts is mainly used in connection parts which are not suitable for hexagonal bolts or require bolts to have smooth exposed parts due to structural constraints. Such as the foot of agricultural machinery, wallboard and other places. The bolt can be divided into two types according to the size of the head: normal and semi-circular. The head of the bolt is straight and its diameter is large, but its thickness is slightly thin. This kind of bolt is mostly used in trucks, barges, iron-wood looms, and other wooden structural parts. It is not easy to fall into the wooden connectors because of the large supporting surface of the head. Both semi-circular head and square neck bolts belong to rough bolts. 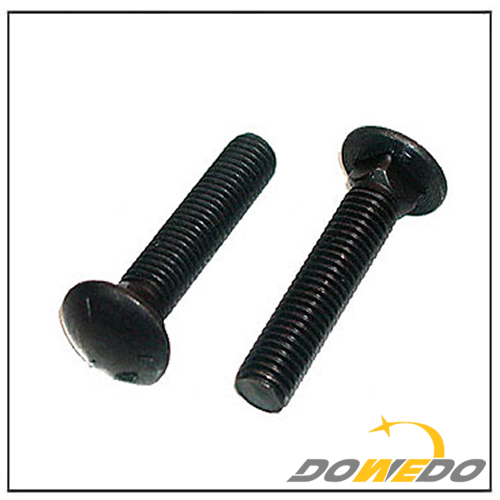